The zoo occupies a large portion of the historical city center, its surface area nearing 10 hectares, in close proximity to the central railway station that defines its border to the West. The main entrance to the zoo is on this side, paths leading to a series of ambients and facilities that accommodate a wide series of animal species. The site for Studio WLLMS’ project is on the opposite side of the zoo, towards its eastern end, bordering a mostly residential neighbourhood. In this sense, their intervention defines the eastern boundary of the zoo, in continuity with its historical perimeter wall. Its street facade is now punctured by a system of openings that reveal some of the inner functions to pedestrians, be they parts of the restaurant tables or the kitchen itself. A series of periscopes even allow views into the savannah. On the zoo side, the facade opens up to the main plaza: a major gathering space, sheltered by a series of square canopies, lovely overlapping one another, supported by slender columns that stem from the restaurant’s building and face the historical pavilions, where visitors may linger and enjoy unobstructed views to the apes’ enclosure on one side and to the savannah, with its buffalos and birds, to the other.

Completed in June 2018, the new facilities in the Antwerp Zoo have recorded increasing visitor numbers, the public being especially enthusiastic about their unusual zoo experience. Studio WLLMS and its consultants were able to effectively respond to the complex needs of the animals, visitors and commercial operations of the zoo. 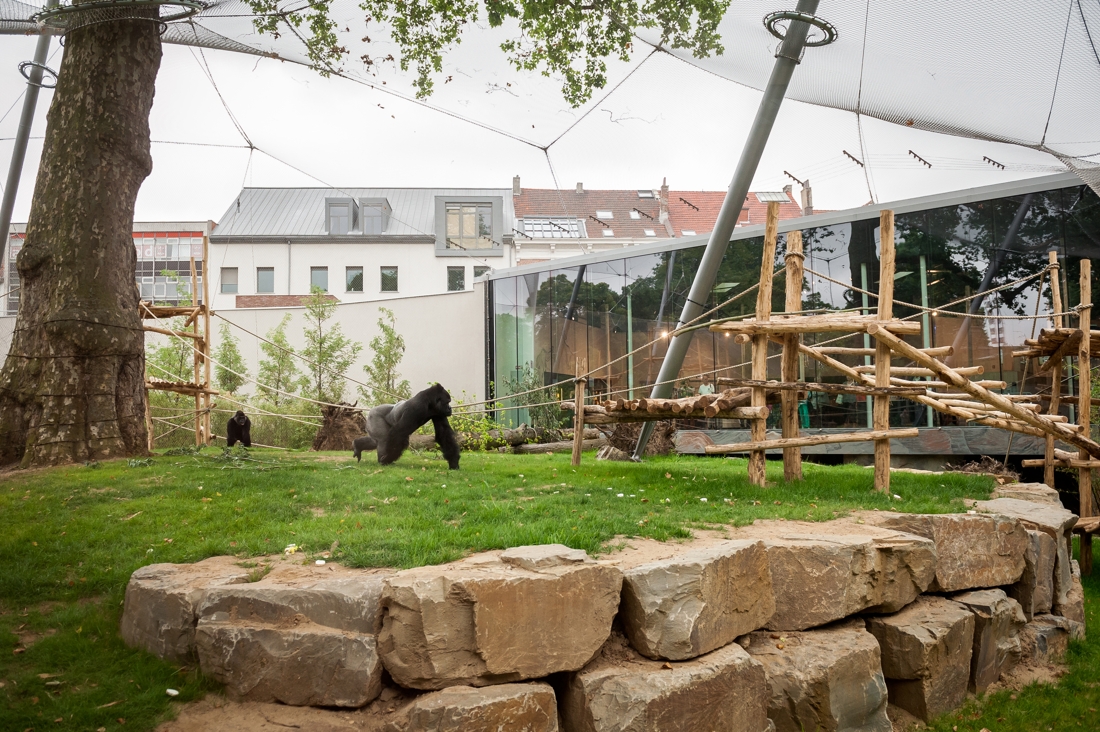 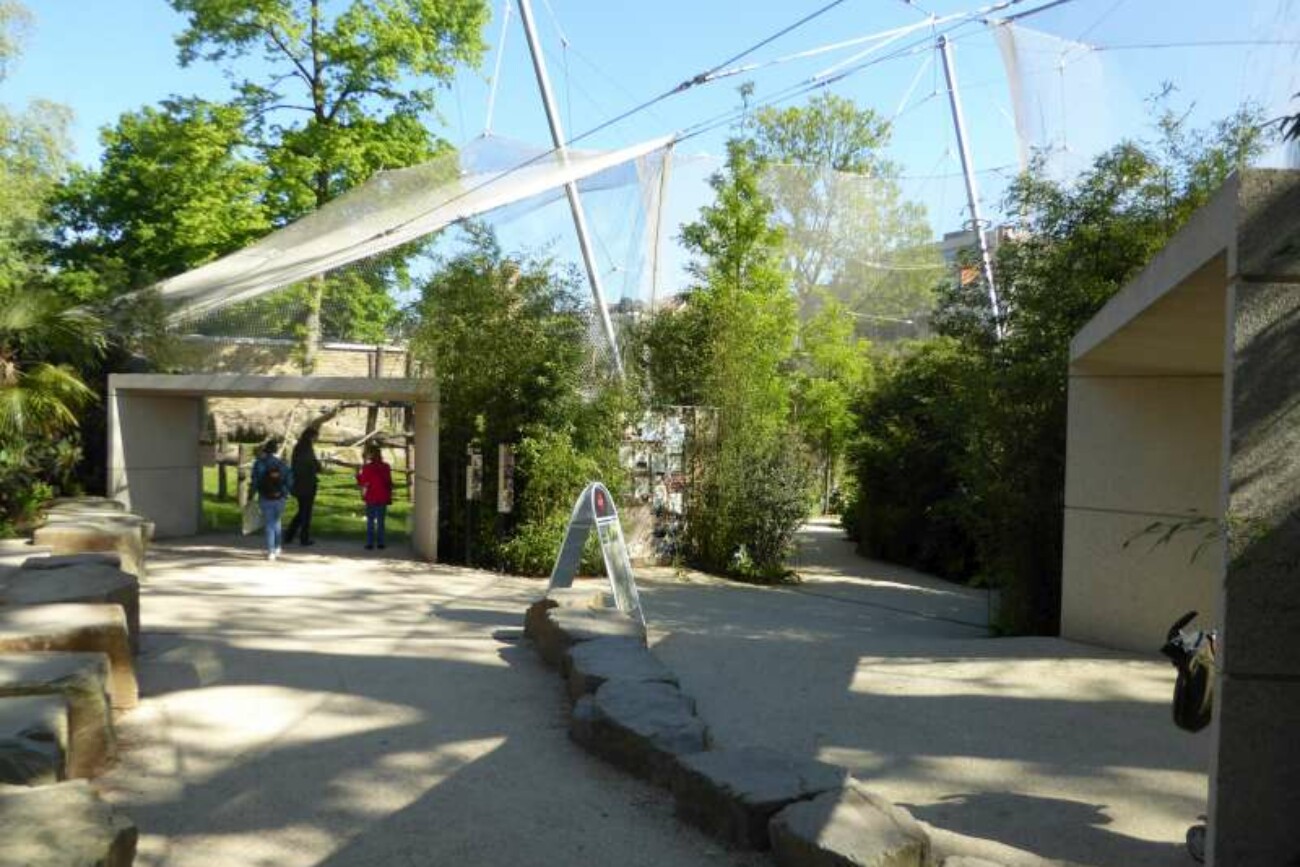 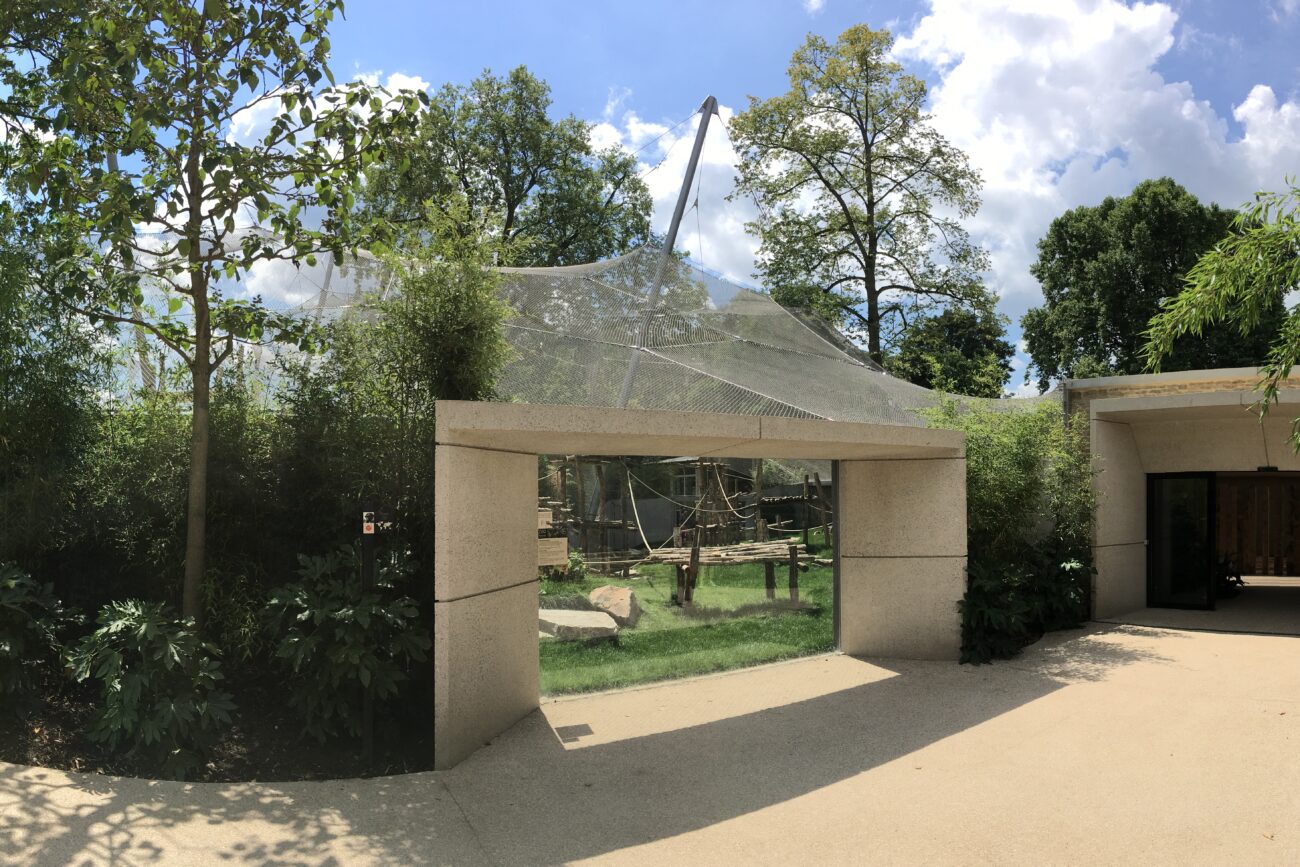 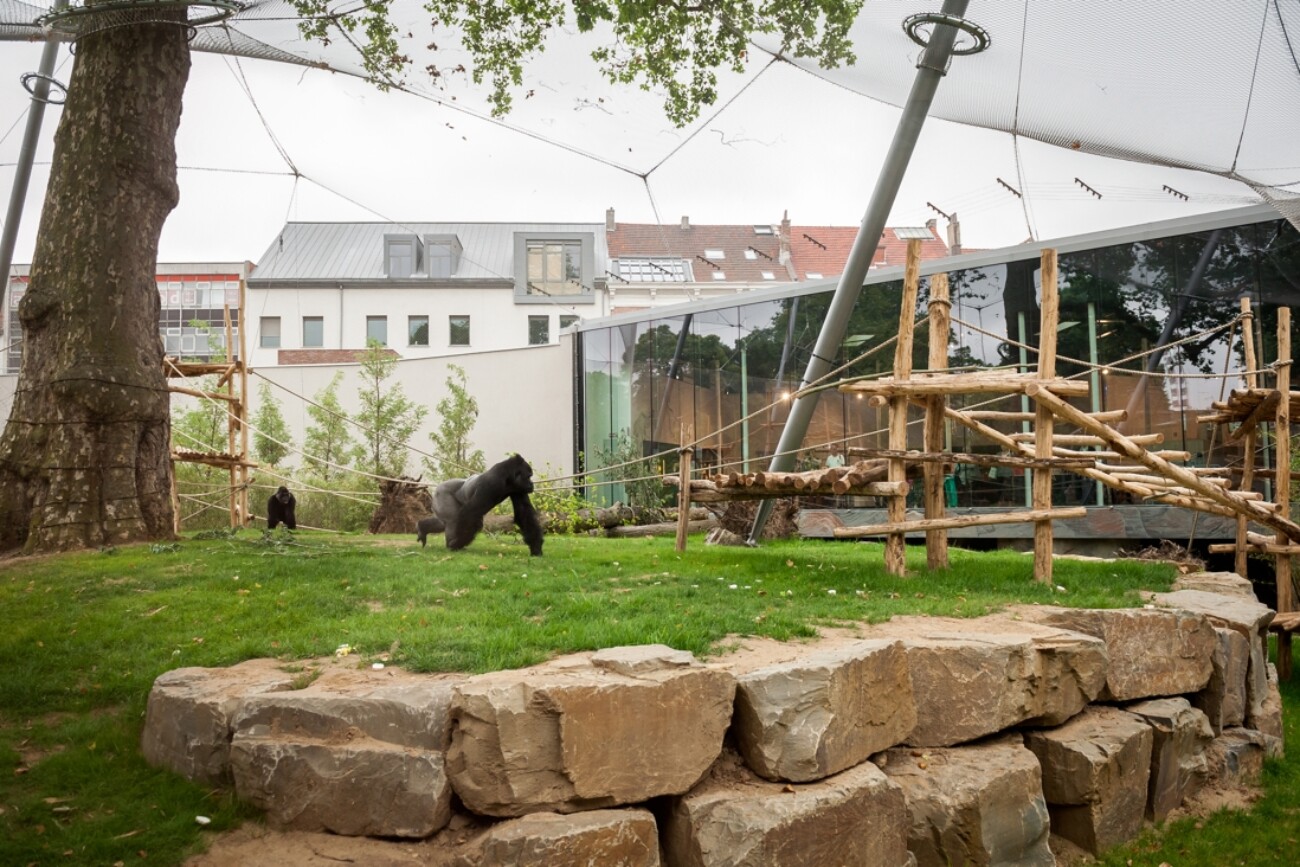 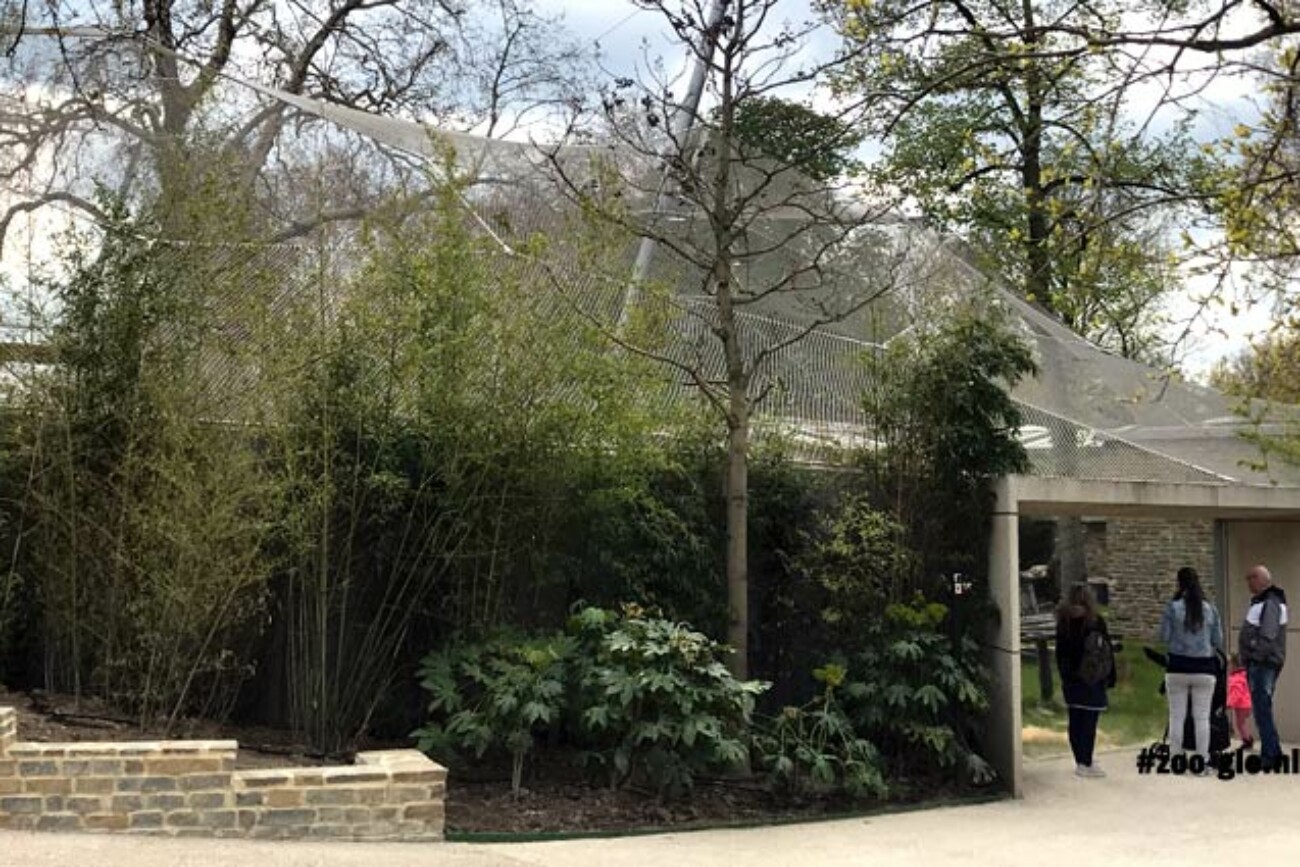 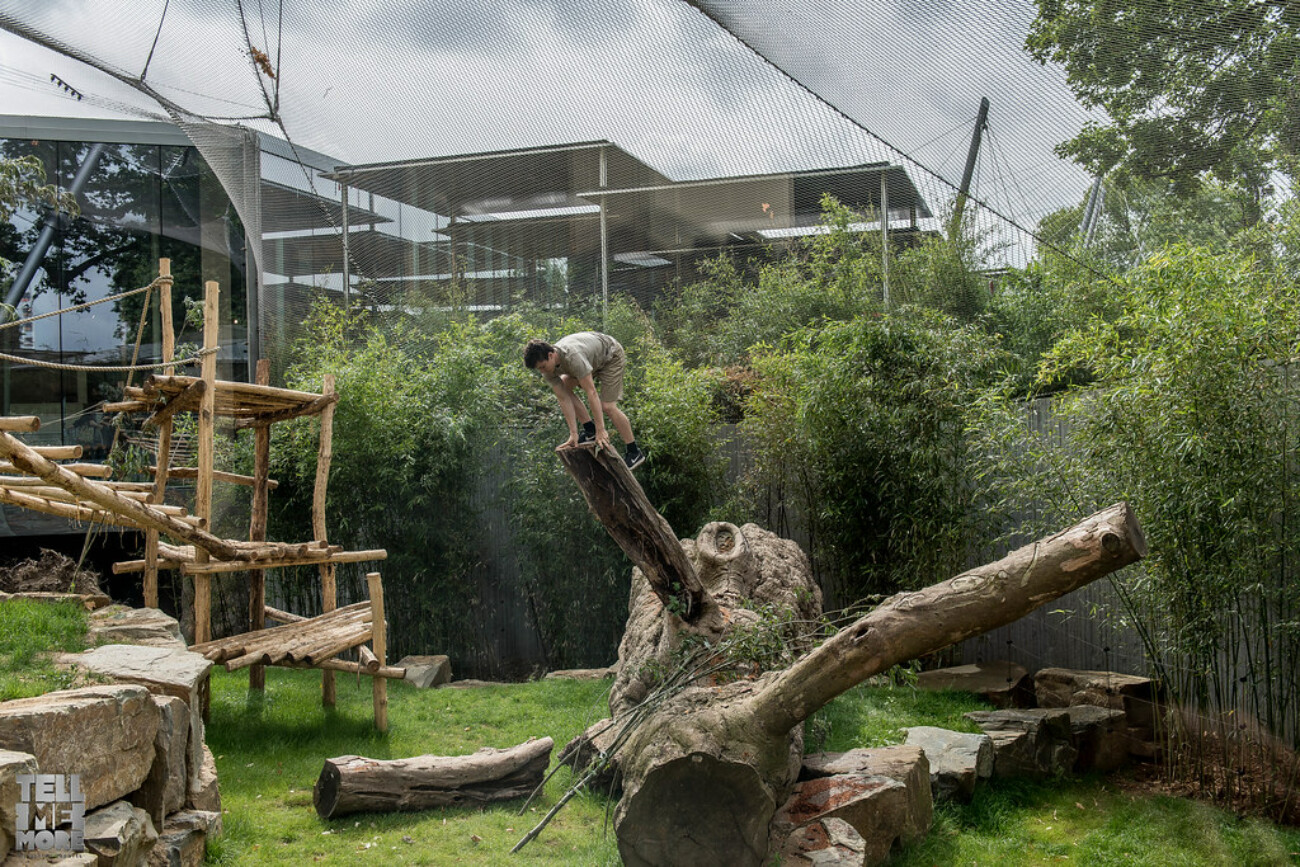 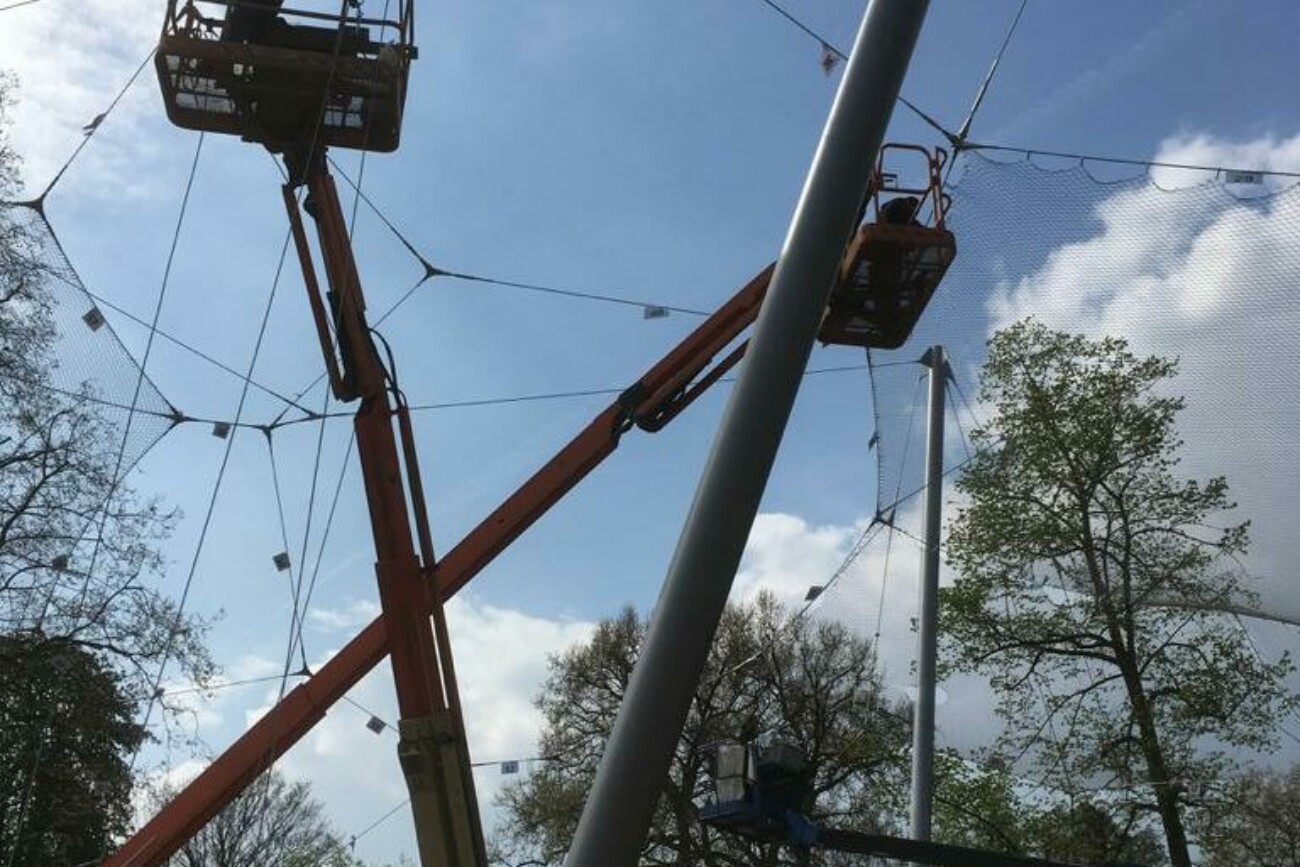